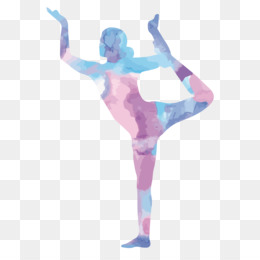 What comes across as cultural appropriation?

Firstly, to understand what could classify as cultural appropriation, it’s important to define cultural appropriation within the context. Cultural appropriation refers to the idea of taking something from a different culture, capitalizing on the said thing, and subjecting it to exotification. The most prominent examples of cultural appropriateness within yoga can come from basic google searches. Examples such as ’20-minute power yoga for strength’ and ‘weight loss and toning’ yoga videos on YouTube, mixed in with the social norm of expecting to see a majority of thin, white, able-bodied women at a yoga class.

Yoga has become completely commercialized and quite frankly sexualized. Transformed into this super exercise, with a heavy emphasis on physical improvement. The removal of the importance of the soul has almost made yoga feel like a trend/fad. One that people can perform to feel better about themselves. The western gaze on yoga has turned into you could say, one symbol for sex! – Sound exaggerated? Here are a few dating-related yoga articles I found:

Understanding the history of yoga and why this relates to cultural appropriation:

Yoga originated in South Asia during the 17th century. Yoga began as a preparation for the body. A practice of body empowerment to help unify with the spirit. From 1757to 1947, yoga was rejected and mocked by European colonists. Due to a large-scale movement to erase Indian culture. One reason for the introduction of yoga to the west was the abolition of the American quota on Indian immigration in 1965. Furthermore, Professor Shreena Gandhi and Lillie Wolf stated that yoga entered the world outside of India and South Asia, due to its appeal to European and American ideas about Indian culture. Allowing Westerners to experience a different lifestyle. Meaning that taking the spiritual significance out of yoga, in exchange for just ‘exercise’, ignores the roots, history, and philosophies behind yoga.

Simple ways we can be more appreciative of yoga:

Here are just a few ways we can be more understanding and appreciative of yoga:

Thanks for reading, click more for information about Melo Yoga.